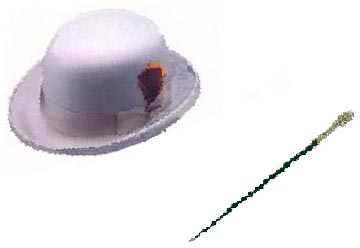 I was sought out by Castle Pictures to be a Bat Masterson Historian for the series "Gunslingers" on American Heroes Channel, Season 2, Episode 3; "Bat Masterson-Dodge City Defender."

The attached pictures are of me with the clapper board, used in the interview, picture taken from the TV series and with Paul Epstein, Producer and Writer for Season 2,  It was a great honor and humbling experience to be asked to do this.